Ziltron, leaders in the field of observer performance and digital image diagnostics, develop solutions to improve the diagnostic capability, quality and perceptual performance of imaging professionals. Ziltron specializes in software and systems associated with quality improvement and performance in radiology and other medical, scientific and industrial disciplines. Ziltron provides a suite of training, educational and accreditation solutions that significantly improves the image perception and digital image diagnostic skills of professionals. 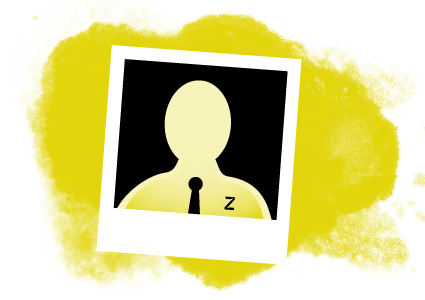 John comes from both a commercial and academic background in clinical research, medical imaging and software. He is one of the founding team of Longboat, a clinical trial software company that specializes in patient engagement, site compliance and comprehensive study team reporting/analytics dashboards. John is also the Co-Founder of Acadoodle.com, a leading medical education platform with over 300,000 registered users.

John has been a Course Director/Senior Lecturer at the University of Sydney as well as holding various academic posts at University College Dublin, Trinity College Dublin (TCD), and Harvard Medical School/BWH. John has been a PI on several national and international clinical imaging studies focussing on automatic segmentation and quantification methods for various pathologies. Along with imaging algorithm development, John has lead the development of advanced user performance statistical packages and has a solid academic history in this field.

John has received a PhD in Biomedical Computing from Trinity College Dublin, an MSc in Computer Science from University of Bristol, and a BSc(Hons) in Radiography from RGU, Aberdeen. 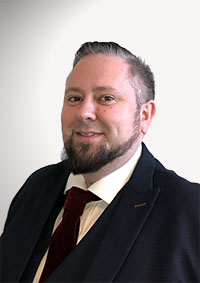 The Scientific Advisory Board has been put in place to ensure Ziltron are receiving the best guidance and advice in the areas of Radiology Education & Accreditation, and Advanced Statistical Analysis. Our board members are leaders in these fields and all features, processes and statistical programs are reviewed with the Scientific Advisory Board to ensure they are accurate and relevant to Ziltron customers.

Alexander Norbash is Chairman and Professor of Radiology at Boston University, and Assistant Dean for Diversity. He is an interventional neuroradiologist with an active endovascular neurosurgical practice, specific clinical interests include the endovascular treatment of aneurysms, stroke, chronic cerebrovascular ischemia, and high flow cerebrovascular malformations. His research interests include translational engineering collaborations resulting in novel tools and materials for endovascular neurologic therapies, and more recently endovascular and interventional simulation and teaching systems. He is a current Councilor for the Society of Chairs of Academic Radiology Departments, he is on the Council Steering Committee for the American College of Radiology, and he is on the governing board of the American Roentgen Ray Society. He has developed a number of endovascular tools and products which are in clinical usage, has given over 430 lectures and invited presentations in all continents except Antarctica, and has an active interest in International Medicine and Radiology.

Dr Georgian-Smith is an Associate Professor of Radiology at Harvard Medical School and is a dedicated Breast Imager at Brigham and Women’s Hospital and Boston Medical Center in Boston. Formerly, she was Director of Breast Imaging at University of Cincinnati and University of Washington in Seattle. Her research has centered on breast ultrasound, and particularly in interventional techniques. More recently, she has developed an interest in perception, and has collaborated with Dr Ryan to study the area of perception of mammographic architectural distortion. This work was supported by an educational seed grant from the Radiological Society of North America.

Dr. Shaffer earned her BA from Kansas State University, MD from Tufts University and Anatomy PhD from the University of Kansas. She completed a Radiology residency at New England Medical Center, and fellowship in Thoracic Radiology at Brigham and Women’s Hospital. She is a past Associate Chief of Radiology at Dana-Farber Cancer Institute and past Director of Undergraduate Medical Education for the Cambridge Health Alliance. She is currently the Vice-Chair for Education in Radiology at Boston Medical Center and an Professor of Radiology at Boston University School of Medicine. In 2004 she received the Harvard Faculty Prize for Excellence in Teaching Years 3 & 4. Her papers on education have won the Stauffer and Whitley Awards of the Association of University Radiologists. In 2010 she was named Outstanding Educator of the Year by the Radiological Society of North America.

Dr. Chakraborty received his PhD is solid state physics in 1977 from the University of Rochester, NY. After a postdoctoral appointment in low temperature condensed matter physics at the University of Pennsylvania, he switched to Medical Physics in 1979. He has worked in hyperthermia, clinical medical physics, digital subtraction angiography, dual energy imaging, quantitative phantom image analysis and observer performance modelling and analysis. His specialty is free-response paradigm data analysis and imaging system assessment methods.

Jeremy Wolfe graduated summa cum laude from Princeton in 1977 with a degree in Psychology and went on to obtain his PhD in 1981 from MIT, studying with Richard Held. His PhD thesis was entitled "On Binocular Single Vision". Wolfe remained at MIT until 1991. During that period, he published papers on binocular rivalry, visual aftereffects, and accommodation. In the late 1980s, the focus of the lab shifted to visual attention. Since that time, his research has focused on visual search and visual attention with a particular interest in socially important search tasks in areas such as medical image perception (e.g. cancer screening) and security (e.g. baggage screening). In 1991, Wolfe moved to Brigham and Women's Hospital where he is Director of the Visual Attention Lab and the Center for Advanced Medical Imaging. At Harvard Medical School, he is Professor of Ophthalmology and Professor of Radiology. His work is currently funded by the US National Institutes of Health, the Office of Naval Research, and Department of Homeland Security. He has 123 published papers, 1 textbook, and 28 book chapters. Wolfe has taught Psychology courses at MIT & Harvard. Jeremy Wolfe is Past-President of the Eastern Psychological Association, President of Division 3 of the American Psychological Association, and editor of the journal “Attention, Perception and Psychophysics”. He won the Baker Memorial Prize for teaching at MIT in 1989. He is a fellow of the AAAS, the American Psychological Association (Div. 3 & 6), the American Psychological Society, and a member of the Society for Experimental Psychologists. He lives in Newton, Mass.

Warwick is the State Radiologist for BreastScreen NSW and Adjunct Associate Professor, Discipline of Medical Radiation Sciences, Faculty of Health Sciences, University of Sydney. Warwick is committed to Quality Assurance as it relates to breast imaging in both the diagnostic and screening environment. He is a member of the Breast Imaging Reference Group of the RANZCR, the National Quality Management Committee of BreastScreen Australia and the BreastScreen Australia Accreditation Review Committee.

Dr John Seery MRCP (UK) PhD is a Consultant in General Internal Medicine at St Vincent's University Hospital Dublin and Lecturer in Medicine at University College Dublin. He is a graduate of the University of Cambridge Medical School and holds a PhD in cell biology from the University of London (2000). His main interest is in medical education and in collaboration with Dr John Ryan, he has recently developed the on-line medical teaching resource, ecgteacher.com